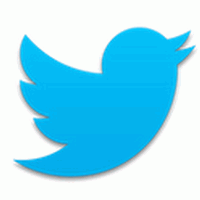 Love this from a recent Twitter Quitter: “… I was becoming unconscious over at Twitter. I’d wrapped myself into a stream of inane blather that is extremely habit forming but ultimately becomes rote, superficial and turns you into a mental mirror, rather than a sentient being. There is no Buddha in Twitter.” (More here)

He has since rejoined for some specific usage, but with a new account that he is determined to use very sparingly, saying:  “I’ve re-joined Twitter, but … On October 12th I decided to close down my Twitter account as an experiment. I could see it was taking up too much of my time, on the other hand I found it useful for certain things and I wanted to see what difference not having it around would make to my working life and life in general.”