Can a gal from Terrace, B.C. bring down the biggest US Banksters?

“The $9 Billion Witness: Meet JPMorgan Chase’s Worst Nightmare:
Fleischmann is the central witness in one of the biggest cases of white-collar crime in American history, possessing secrets that JPMorgan Chase CEO Jamie Dimon late last year paid $9 billion (not $13 billion as regularly reported – more on that later) to keep the public from hearing.”

More of a concern for any business using Facebook. But interesting nonetheless.

After air and water, sand is the most used commodity in the world.

The world as we know it would stop functioning without it – no glass, no highways, no computer chips, no concrete buildings, etc.  And due to greed and sand’s value, it is quickly disappearing.

I’d never even given it a thought previous to seeing a brilliant documentary film on Knowledge Network last night. More here:

Not sure of the source or accuracy of this anecdote, but it’s rich none the less.

When Mahatma Gandhi was studying law at the University College of London, a professor whose last name was Peters, disliked him intensely and always displayed animosity toward him.

Also, because Gandhi never lowered his head when addressing him as he expected, there were always “arguments” and confrontations.

One day, Mr. Peters was having lunch at the dining room of the University, and Gandhi came along with his tray and sat next to the professor.

The professor said,”Mr Gandhi, you do not understand. A pig and a bird do not sit together to eat.”

Gandhi looked at him as a parent would a rude child and calmly replied, “You do not worry professor. I’ll fly away,” and he went and sat at another table.

Mr. Peters, reddened with rage, decided to take revenge on the next test paper, but Gandhi responded brilliantly to all questions.

Mr. Peters, unhappy and frustrated, asked him the following question: “Mr Gandhi, if you were walking down the street and found a package, and within was a bag of wisdom and another bag with a lot of money, which one would you take?”

Without hesitating, Gandhi responded, “The one with the money, of course.”

Mr. Peters, smiling sarcastically said, “I, in your place, would have taken the wisdom.”

Gandhi shrugged indifferently and responded, “Each one takes what he doesn’t have.”

Mr. Peters, by this time was fit to be tied. So great was his anger that he wrote on Gandhi’s exam sheet the word “idiot” and gave it to Gandhi.

Gandhi took the exam sheet and sat down at his desk, trying very hard to remain calm while he contemplated his next move.

A few minutes later, Gandhi got up, went to the professor and said to him in a dignified but sarcastically polite tone, “Mr. Peters, you autographed the sheet, but you did not give me the grade.”

According to official filings, CYNK Technology Corp has “… one employee, no website, no revenue, no product, and no assets.” Current market value? Over $4 billion.

AND THEN THE NEXT DAY …
It’s market cap goes over $5.9 billion, making the CEO (and only employee) one of the 400 richest people on earth. Just who is he? According to this post by AlaricBalth:

“The CEO Marlon Sanchez claims in his bio to have been the primary spokesperson for the Medical Tourism Industry council in Tijuana,Mexico. Yet after a few phone calls, the organization doesn’t exist. Sanchez is a front man.”

“Cynk is an illusion. Operates out of a Regus Virtual Office in Las Vegas. The company’s 2011 and 2012 auditor, Peter Messineo, CPA, was sanctioned by the Public Company Accounting Oversight Board for “deficiencies identified in both of the audits reviewed included deficiencies of such significance that it appeared to the inspection team that the Firm, at the time it issued its audit report, had not obtained sufficient competent evidential matter to support its opinion on the issuer’s financial statements.”

The legal dudes involved have an interesting background as well:
https://buyersstrike.wordpress.com/2012/04/24/the-mass-psychology-of-suckers-part-2-sefe-inc-sefe/

Billionaire entrepreneur Nick Hanauer has a message for his fellow plutocrats. A few tidbits:

“I have been rewarded obscenely for my success, with a life that the other 99.99 percent of Americans can’t even imagine.
… I’m not the smartest guy you’ve ever met, or the hardest-working. I was a mediocre student. I’m not technical at all—I can’t write a word of code. What sets me apart … is a tolerance for risk and an intuition about what will happen in the future. … And what do I see in our future now? I see pitchforks.
… the problem isn’t that we have inequality. … The problem is that inequality is at historically high levels and getting worse every day. Our country is rapidly becoming less a capitalist society and more a feudal society.
And so I have a message for my fellow filthy rich, for all of us who live in our gated bubble worlds: Wake up, people. It won’t last.”

“Most Americans do not understand that Wall Street has been transformed into the largest casino in the history of the world.  The big banks are being incredibly reckless with our money, and if they fail it will bring down the entire economy.”

Total ASSets vs Derivative Exposure of US Banks

Interesting piece from Martin Armstrong predicting the move to digital currency has little to do with Bitcoin and much more to do with Google and Facebook. He suggests:

– The real birth in electronic money is not Bitcoin, but Google Wallet.
Bitcoin cannot compete nor will traditional banks.

– The iPhone’s fingerprint sensor will make it the most secure credit card.

“We will see Google and Facebook emerge with electronic accounts for a
client-base that will increasingly move away from brick-and-mortar banks
rendering them obsolete just as Amazon wiped out a lot of bookstores.”

The book McMafia: A Journey Through the Global Criminal Underworld painted a chilling picture of the influence of organized crime on global politics and policies.

And the simultaneous fall of the Iron Curtain and deregulation of international currency markets played a significant role in enabling the Russian crime lords in particular to go global in a big way.

Are they pulling the strings in the Ukraine? Read more here:
“Semyon Mogilevich, one of FBI’s most wanted people, identified as real power behind billionaire owner of Ukrainian-based RUE” http://www.theguardian.com/world/2010/dec/01/wikileaks-cables-russian-mafia-gas

Neil Young is stirring up quite a fuss in Canada. 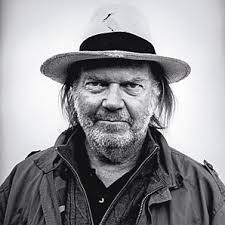 Seems he’s got the gall to criticize Canada’s oilsands. And much as we Canadians like to criticize other countries (Hello, America!), we don’t take too kindly to folks calling us out.

Especially if it’s a ‘fellow’ Canadian who happens to be living elsewhere these days. Ah well, growing pains. As in, Canada trying to grow up.

Just as much greed in this country as elsewhere. Maybe more under the Harper regime. And on that note, a video by Jor Jor Well. Lyrics below.

Sell your bombs, put your landmines under children’s feet
Cut the old growth forests down
Pump the oil from the tar sands, poison every creek
Don’t let your conscience rejoin, just count your coin

Buy all the water, make us pay to take a drink
Claim all the seeds from Nature’s womb
Advertise to our children, tell them what to think
Don’t let your conscience rejoin, just count your coin

Pump all the oil from the tar sands, poison every creek
Dig your holes deep in Native ground
Tear up the treaties, let your lawyers have a feast
Don’t let your conscience rejoin, just count your coin

Take a pill that says it’s time for sex
Take another ‘cause your life’s a mess
Be a victim of their point of view
Don’t stand up and shout, “Hey, you!”